Requirements For React Fullstack with node/express, PostgreSQL and AWS 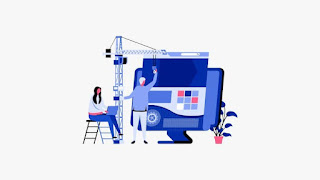 Instructions for React Fullstack with node/express, PostgreSQL and AWS

Enroll in the Course Below  Open – Enroll Course

Learn the Most used technologies currently in web development
AWS is the most used Cloud computing platform by far, with over 30% market share.
PostgreSQL is the one of the most popular SQL based database engine in the world.  I dont think I need to say anything about React.
We will begin with the basics, then move onto setting up the database. We will setup the Express routes which will allow us to communicate with our database. Then we will build out the client side blog using React components.
We will animate the posts and comments, then move onto something more difficult. We will begin AWS. I will give you a detailed explanation of how AWS works then we will go into a complex deployment with AWS.

React is a front-end library in Javascript that was developed by Facebook. The simplest definition of React is that it is a user interface library used for building UI components for the web. But if that was all React did, it would be little more than a template library. Developers define components in React by using an HTML-like syntax called JSX. These encapsulated components manage their own state, making it simple to pass rich data to a component and keep the state of the application and its components out of the Document Object Model (DOM). These features give React components the ability to react dynamically and efficiently to changes in their state. A set of simple components in React can be composed into either simple single-page applications or large, complex web applications.

What is React used for?

React is an open-source JavaScript frontend library. Some developers consider it a frontend framework because it does more than standard libraries usually do. The most common use of React is to build dynamic user interfaces for single-page web applications. But the structure of React makes it useful for more than just creating websites. JSX, which is one feature of React, is a syntax extension for Javascript that provides a template for the HTML and manages the state of the element. But JSX can be used as an interface for things other than HTML. React Native uses React to build mobile applications. Here, JSX becomes an interface for mobile UIs instead of HTML. There are even a few libraries that use React and JSX to interact with and manage hardware like React Hardware.

How does React work?

React encourages engineers to write code using a Functional Programming approach. Engineers create components, which are normal Javascript functions. These functions return information to tell React what content should be displayed on the screen. The real power of React comes from the ability to nest or compose these functions inside of one another. This nesting ability encourages code reuse and allows an engineer to write a component a single time, but in many different places.

Is React a framework or library?

Frameworks provide an opinionated approach to building an entire application. Libraries, on the other hand, assist in building a single aspect of an application. With this in mind, React is a library. It assists engineers in presenting HTML in the browser. React has no opinions on how data is fetched, how styling is applied, or how the app is deployed or built.

Is React worth learning?

Yes, React is worth learning. There are a couple of reasons. The first one is that React is in high demand in the software development job market and has been for a few years. If you learn to code in React and can do it well, you will increase your chances of finding a job. This alone is another reason it is worth learning. Website users no longer will settle for old-fashioned sites that won’t update without a page reload. React’s method of dynamically updating the HTML of a web page fits these users’ needs and improves their experience. React has also been around a few years and has stood the test of time. A large portion of websites, both small and large, use React as a frontend framework.

So what are you waiting for enroll below

Is React hard to learn?

Every technology or programming language has a learning curve, and React is no different. But it is easy to learn if you are dedicated and determined to create frontend web applications. To make learning React simpler, you should stick to the basics of React before you add any extra libraries, as that will only complicate your learning experience in the beginning. Since React is a Javascript framework, a solid grounding in Javascript will give you a head start. With this knowledge, the unique concept of JSX, React’s templating language, and the way React uses state will be much easier to grasp.